First of all, “small kine” in local Hawaii speak means just a little, or not really that serious.

With that said, the following rants can sometime grate the nerves but they’re not bad enough to drive us crazy — or worse yet — leave our beloved island home. After all, we do live in Hawaii! 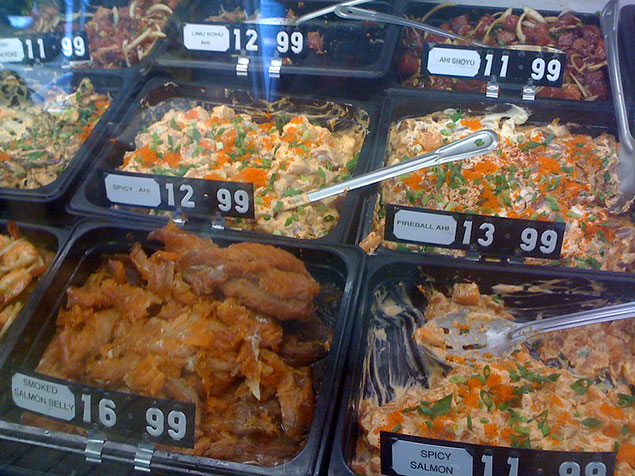 Housing is expensive, but not nearly as bad as other cities like San Francisco or New York. Groceries, on the other hand: Take your average Trader’s Joes grocery bill and…triple it! That’s what it’s like going to the market in Hawaii.

But then again…where else can you buy fresh poke and fresh poi, and pick mangoes and papayas right off the tree? 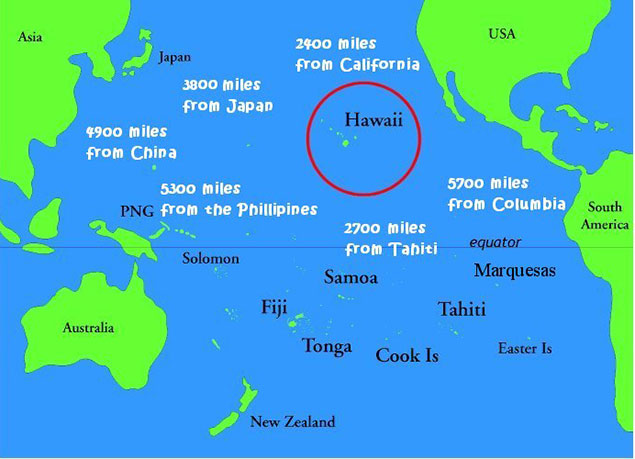 Being “stuck on a rock in the middle of the sea” may sound like a pathetic sob story to some, but island fever can indeed make one restless. It can be easy to feel isolated and disconnected from the rest of the world.

But then again…feeling isolated and disconnected from the rest of the world isn’t such a bad thing, especially these days. 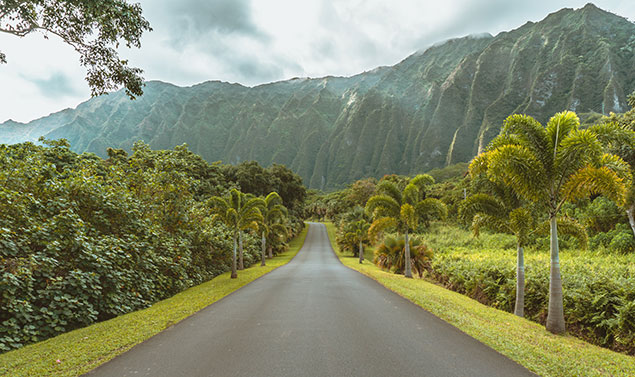 Do you ever get that urge to just get in the car and start driving for a few hours or even a few days? You can’t do that in Hawaii. Here’s what happens: you get in your car, start driving, and a few hours later you end right where you started.

But then again…where else in the US can you drive through rainforests and waterfalls and white-sand beaches lined with coconut trees?

Drive in Hawaii long enough and you’ll spot the bumper sticker: “Slow down, you’re on Hawaiian time.” Sounds great most of the time, except when you’re actually in a rush and need to get things done. Nobody is ever in a rush, which results in late or long arrival times for both people and things (talking to you, Amazon).

But then again…slowing down is good for the soul and body. Slowing down gets you closer to being more mindful and present, which equals less stress.

Baseball, basketball, football — the 3 major American team sports — have no professional representation in Hawaii, which means we don’t get to watch live games in a stadium or all root for the same home team.

But then again…we’ve got some of the most talented, accomplished and famous surfers, paddlers and divers in the world thanks to our ocean-centric culture.

Hard to fit in 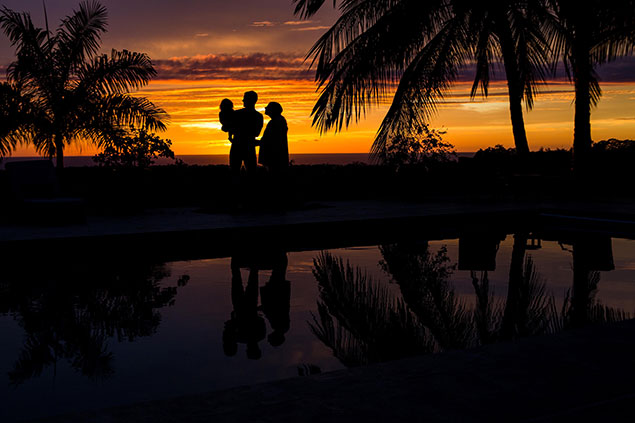 People who aren’t from Hawaii often complain that our local culture is so unique and complex that it’s hard or maybe even impossible for people from the outside to fit in culturally or socially.

But then again...what holds the people of Hawaii together are the values of respect, humility, sharing, taking care of each other and contributing. Anyone with these virtues are welcome!

Hawaii is reported to have some of the worst traffic in the country. And it’s not just the H1 in Honolulu — other populated towns across the islands also suffer from too many cars on roads that were designed for just a few cars. Yes, it can be maddening.

But then again…we’re all pretty relaxed here, which means no road rage. Plus, while commute times might be higher during rush hour, our commute distances are much shorter than most places. Lastly, the roads are never icy and we can always roll our windows down 🙂