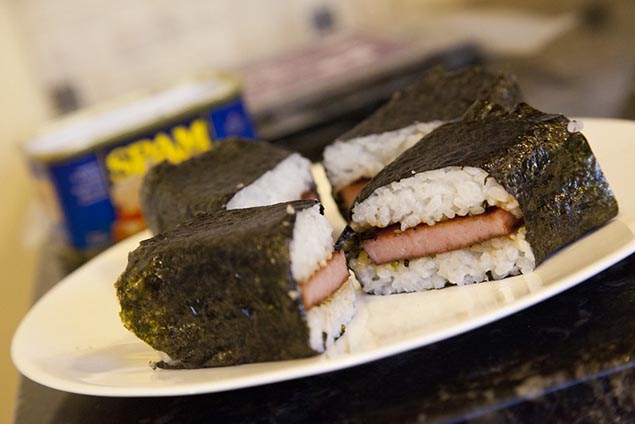 Who knew just 3 ingredients could have such a lasting impact on Hawaii’s food culture? In Japan, a musubi is rice wrapped in nori. In Hawaii, all we’ve done to that is add a slice of spam to the musubi (which is usually marinates in a secret sauce).

Sure, it’s spam — which has, let’s say…a questionable reputation — but don’t knock it until you try it. Also, keep an eye out for other tasty musubi variations, like teriakyi and Korean chicken. 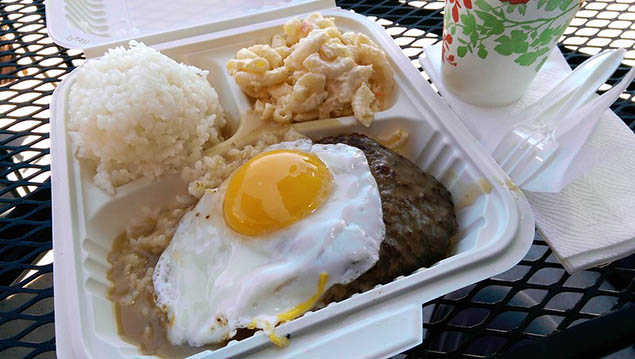 Starve yourself ahead of time for this one. A loco moco contains two scoops of rice, 2 fried eggs, and a hamburger patty — all of this smothered with brown gravy.

Not the healthiest combo, but it’s worth trying if you’re extremely hungry or just enjoy a super-hearty meal.

The loco loco traces its origin to Cafe 100 in Hilo, where I used to frequent as a kid. 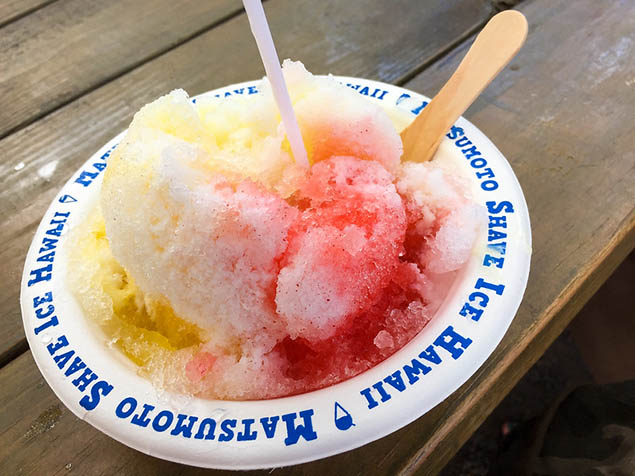 Shave ice* is technically not from Hawaii — it’s part of the sno-cone family — but we’ve definitely made it our own.

Throughout Hawaii, you’ll find shave ice stores, stands, and trucks — all serving ice in a paper cone that’s been ground down and formed into a ball and topped with yummy syrups. Of course we’re in the tropics, so expect to see flavors like lilikoi, coconut, and lychee (all excellent, by the way).

The world’s most famous shave ice? Matsumoto Shave Ice, in Haleiwa on the North Shore of Oahu. 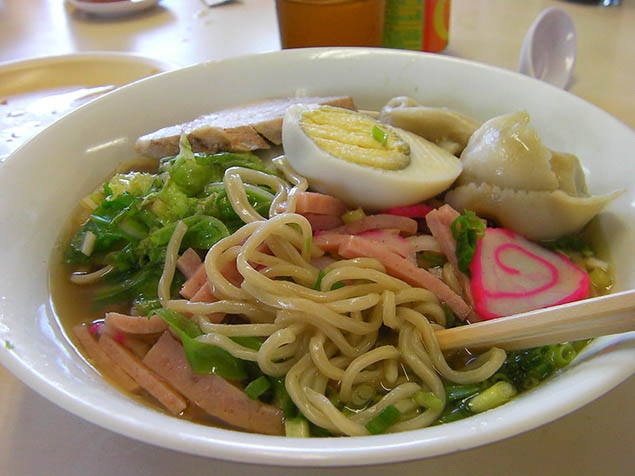 It seems like saimin isn’t as popular as it used to be, with more ramen spots popping up. 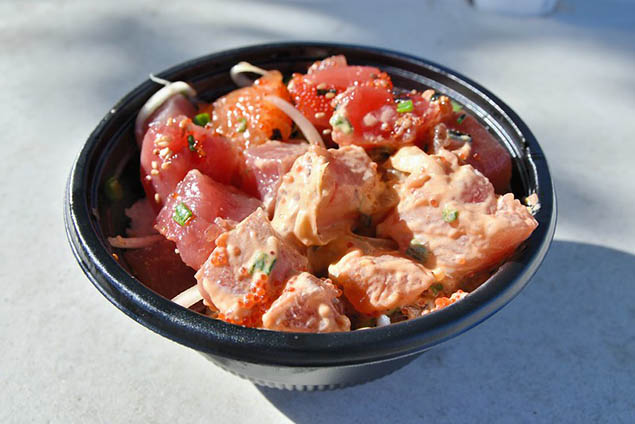 The most famous of Hawaii’s food export, poke has made its way around the world and back. Like musubi, the base poke recipe is nothing more than fresh ahi (tuna), rock salt or soy sauce, and sesame oil. So simple, yeah?

Everything after that is all the fun and fancy stuff, like spicy mayo, ogo (seaweed), wasabi, pistachio, etc…the possibilities are infinite. 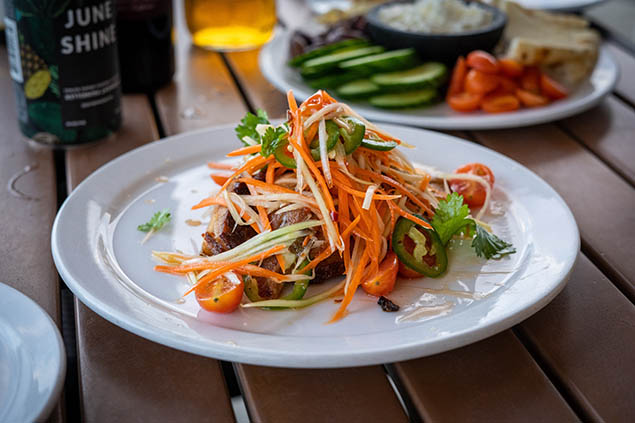 Pacific Rim is not a dish per se, but rather an elevated style of cuisine that’s based on fresh homegrown and home-caught ingredients assembled in totally novel way, such as kalua pig quesadilla, macadamia nut crusted opah, and “Mowie Wowie salad.”

Some of the pioneers in this space include Peter Merriman (Merriman’s), Roy Yamaguchi (Roy’s), Alan Wong (Alan Wong’s), and Russell Siu (3660 on the Rise). 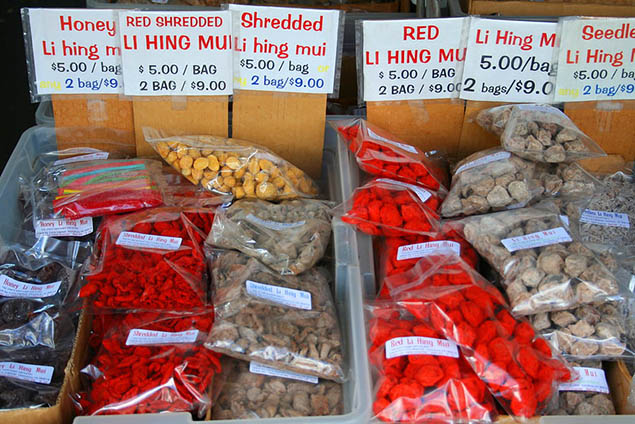 Last but not least and possibly unknown outside of Hawaii is the mighty li hing mui, a sweet/salty/sour dried plum treat found in crack seed stores across Hawaii. Crack seed stores got their start in the early plantation days from Chinese immigrants from Zongshan, China who important these salted, preserved plums.

Over time, the li hing mui flavor has taken a life of its own from dried mango li hing mango (omg) papaya, and sour candy to name a few.

If you can’t decide which to try, head to any crack seed store or Longs and pick up a packet the powder for some DIY li hing mui fun.