Hot off the heels of our previous post 7 Sacred Places on Maui to Find Your True Self, we decided to share a some more sacred sites on the other Hawaiian islands.

This is by no means a complete list, but you could easily spend weeks immersed in the magic of these special areas. 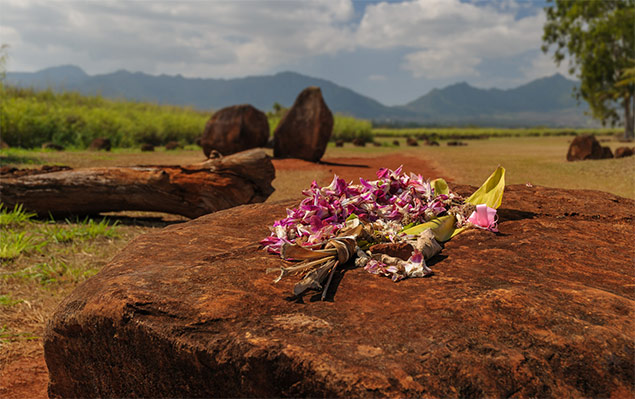 Right near the pineapple fields and the Dole plantation around Wahiawa is a nondescript spot where you can pull over in your car and casually walk to what is known as the spiritual piko (center) of Oahu.

Here you will find about 200 weathered boulders which were once used as sacred birthing stones by ancient Hawaiian royalty. Giving birth here assured a newborn’s high-ranking status. Thirty-six chiefs would be present to verify the lineage of the parents, which are represented by two rows of 18 stones each. 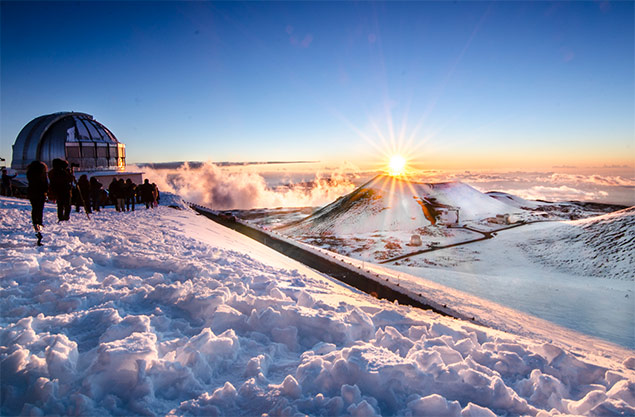 Mauna Kea (“white mountain”) is not only the highest point in all of Hawaii, it’s also the most sacred. Ancient laws permitted only high-ranking chiefs to visit the 13,796 summit, where sacred ceremonies were performed, most notably at the times of solstice.

Today Mauna Kea is just as sacred, though the space is shared with giant astronomy telescopes that gaze into the cosmos from this near-impeccable vantage point. You can actually drive a 4-wheel drive vehicle to top, where thin air and otherworldly cinder cones create a experience found nowhere else on Earth.

Note the highest top cinder cone, Pu’u o Kukahau’ula, which is off limits to visitors. 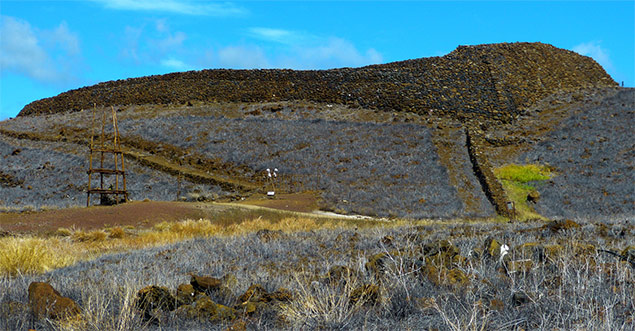 On the northwest coast of Hawaii Island, at Kawaiahae, lies a heiau envisioned by King Kamehameha himself, who received a prophecy that building the temple would help him unite the Hawaiian Islands (it came true, by the way).

The structure is absolutely massive and hard to believe that it was constructed by thousands of humans who passed giant stones over 20 miles from Pololu Valley on the north side of the island, all the way over the Kohala Mountains and down to Kawaihae. They then stacked the stones without mortar or cement, where they stand to this day.

The area around the heiau is buzzing with energy, too — you can feel the power in the air. Note: entrance into the heiau is forbidden. 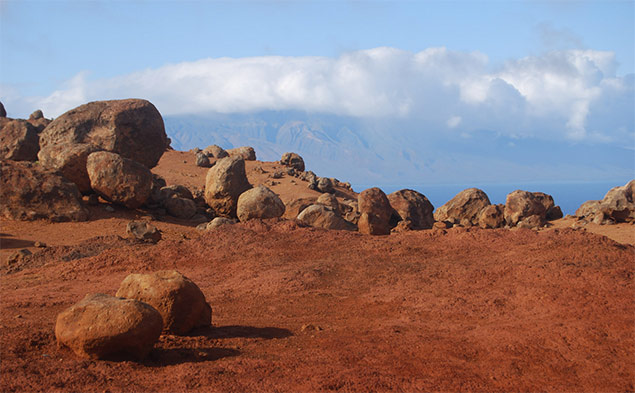 Translated from Hawaiian, Keahiakawelo means “fire made by Kawelo.” As the story goes, a kahuna (priest) named Kawelo noticed his people and livestock getting sick, and discovered that Lanikaula, a disgruntled priest from neighboring Molokai, had started a fire and began offering prayers of misfortune to the people of Lanai.

Kewalo lit his own fire to drive back the curse, and it worked: the people and animals were revived and Lanikaula dropped dead. What remains today are the desolate lunar-like boulders and landscape of this area in west Lanai. Learn more about Lanai here.

The Wailua complex in Kauai is located on the Garden Isle’s east side along the Wailua River. The entire area was the residence of Kauai’s ruling chiefs and kahunas all way far back as the mid-13th century. They would gather here to invoke the mana (power) of the rising sun in the name of the Hawaiian people.

There are seven sacred sites located along the river from its mouth at Lydgate Park all the way up to Mt Wai’ale’ale, including four heiau (Hikinaakala, Hauola, Kalaeokamanu and Poliahu) a bell stone, birthstones and petroglyphs. Some say the energetic “vibrations” in Wailua are the strongest on the island. 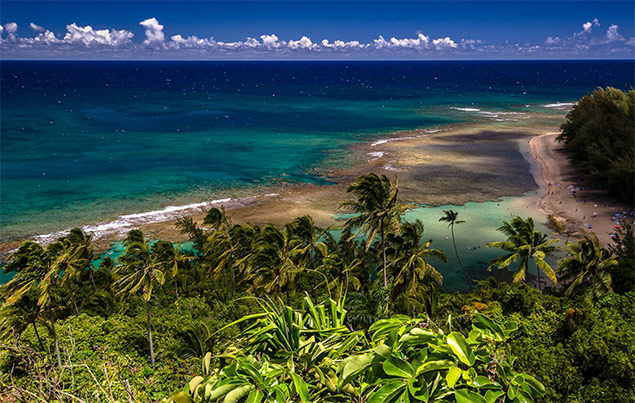 On Kauai’s lush and verdant North Shore are the heiau at Ke’e, considered by hula dancers one of the most important sites in all of Hawaii. The two heiau (Kaula Paoa and Kaulu o Laka) are the sites where Paoa and Kauai chief Lohiau trained in all aspects of the sacred hula arts.

Chanters and hula dancers are said to have traveled to Ke’e from their respective islands to train with a hula master in dance and chanting. Ke’e is also the place where Lohiahu died as a result for his love of Pele (the fire goddess), and was brought back to life by Wahineomao and Pele’s sister Hi’iaka.

The heiau is off limits, but you can appreciate it from a distance.

On the northeast tip of Molokai is the valley of Halawa, which is the oldest, continuously inhabited spot in Hawaii. Thousands of villages lived and thrived here until the tsunami of 1946 destroyed their homes and crops and forced them to evacuate indefinitely.

Today, a handful of residents have moved back in and worked on revitalizing the valley. Here you will find Kumu Pa’a Lawrence Kalainia Kamani Aki, one of the most revered teachers and storytellers of Hawaiian knowledge in the world (he is a 50th-generation descendant!).

You can enter Halawa Valley with permission and a guided tour.

***
Need a hand with your next Maui vacation? Please contact the Sunny Maui Vacations team at info@sunnymauivacations.com or call 808-240-1311, ext. 21. We’ll find you the best vacation rental condo in South Maui and help you with any and all recommendations and activities across Maui (chat with our in-house Concierge at extension 71).