How to be prepared for a natural disaster in Hawaii

Not to scare you or anything, but you should know that Hawaii gets its share of natural disasters. We’re here to help you stay aware of what could happen and how to deal with it.

Remember — acting rationally during a crisis is more critical than the crisis itself. 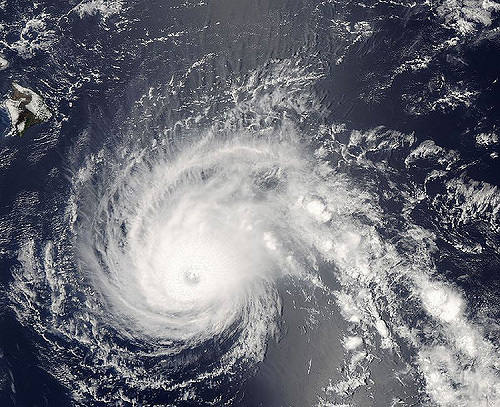 Definitions aren’t nearly as important as knowing what to expect when one of these storms make landfall, such as heavy rainfall (flash floods, contaminated streams), strong winds (flying debris) and powerful surf (deadly waves).

Hurricanes — like Iniki on Kauai in 1992 — can be devastating, but unlike earthquakes, they can be tracked in advance.

Several websites offer excellent hurricane preparedness info, but general guidelines according to the Red Cross is to have:

The official hurricane season in Hawaii runs from June 1-November 30. 2016 has been rated by forecasters as “slightly above average,” with four to seven named storms, much lower than the 15 record-breaking storms in 2015.

Have you ever been somewhere, anywhere, in Hawaii, and a siren suddenly starts wailing — and it kinda freaks you out? Chances are you’ve heard that siren on the first day of the month, when the Hawaii Civil Defense tests its tsunami warning system.

Tsunamis are a series of waves in a body of water that’s been displaced by the results of a large earthquake, usually in the ocean. Hawaii is especially prone to tsunamis because it lies exposed from all directions in the center of the Pacific Ocean,

surrounded by some of the world’s most active tectonics.

Tsunamis can originate from distant or local earthquakes, so if you feel an earthquake, get ready for a possible tsunami:

Hilo on the Big Island has been devastated three times by tsunamis, both in 1946 and 1960. A massive lava rock sea wall now protects Hilo Bay from incoming tsunamis, and the state has implemented highly organized tsunami evacuation zones along all coastlines (you see the signs everywhere). 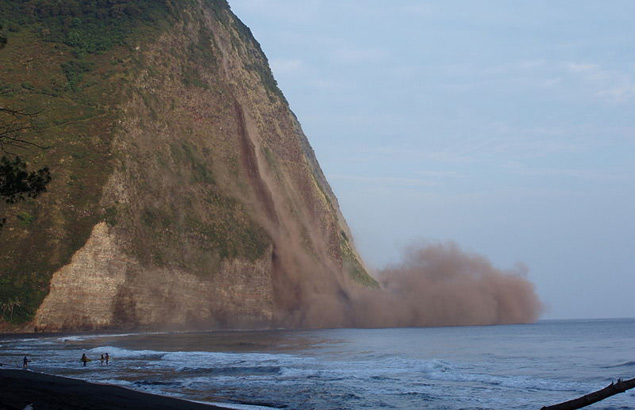 Earthquakes don’t need much explaining — you know what they are. Hawaii has earthquakes every day thanks to our active seismic activity, but most of them are too small to feel.

Since earthquakes are spontaneous, there isn’t much you can do to prepare for them, however:

Big earthquakes have hit Hawaii. In October 2006, a 6.7 magnitude quake originating 13 miles off the northwest coast of the Big Island, unleashing a 6.7 magnitude rumble that caused million in damage (luckily, no lives lost). 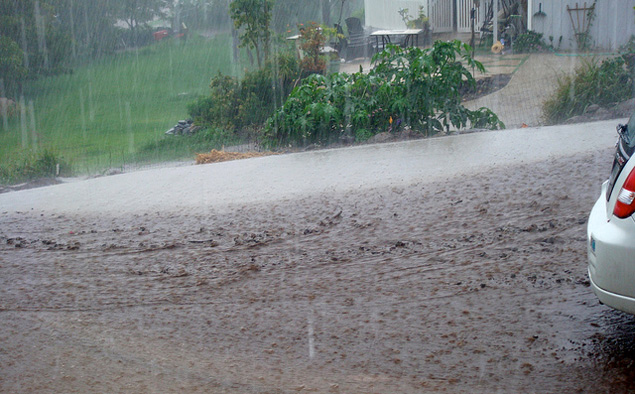 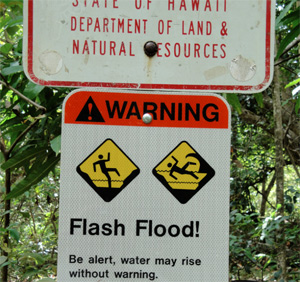 Hawaii is lush and green for a reason: we get lots of rain. And when it rains hard — like really hard — we get flash flooding, our most common natural disaster. During flash floods, places of normally mellow water flow become cascading torrents with immense power to wash away everything in its path.

When a flash flood hits, it’s not cool to go out and play in the streams or ocean. For one thing, you could drown in the blink of an eye (it happens ALL the time here), or expose yourself to highly contaminated water.

Precautions for flash flood are based in common sense: stay dry inside and/or on high ground. 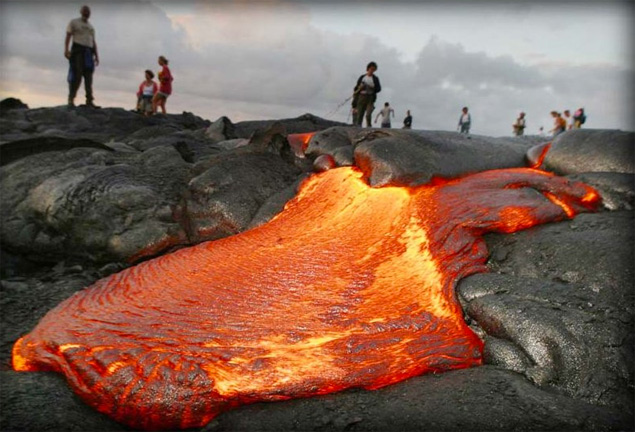 Madame Pele, Hawaii’s volcano goddess and guardian of Mt. Kilauea, has been actively erupting on the Big Island since January 1983.

While getting caught in an eruption of lava is pretty rare, you should be extremely mindful of warnings broadcasted by the U.S. Geological Survey (USGS) Hawaii Volcano Observatory  [(808) 967-8862]. You can track daily eruption updates and lava flows to find out which places to avoid.

In the event you might be interested in seeing active lava flow — which is entirely possible — just know that you should approach the area with extreme caution, care and respect. Lava is not only 2,200 degrees Fahrenheit of molten hot liquid earth, it can also form unseen underground tunnels which could collapse under you as you walk over them. Also, a’a lava is razor sharp — don’t even think about falling!

We would be delighted to be part of your next Maui vacation. If we can assist you with planning your perfect Maui vacation, please contact our Sunny Maui Vacations’ team at info@sunnymauivacations.com or at 808-240-1311 Extension 21. Let us help you reserve your vacation rental condo in South Maui and assist you with island recommendations and activity planning through our in-house Concierge at 808-240-1311 Extension 71.
Contact us for your next Maui vacation rental!